Are you interested in growing some 'Nantahala' red raspberry plants this year? This is a list of nurseries licensed by NC State University to propagate 'Nantahala'. Other nurseries may buy and can resell plants, so there may be other sources of this cultivar, not listed below. 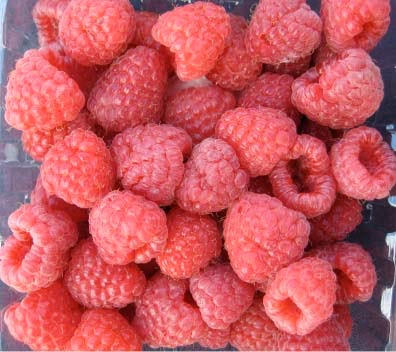 Posted by Gina Fernandez at 12:46 PM No comments: Links to this post

Deep cold, accompanied by snow came into the state the last week of January.  Some growers were reporting temperatures in the negative single digits.  After this weather came and went,  growers were wondering if the frigid air had affected their crops.

These samples were brought back to NCSU and dissected on February 10, 2014 as part of a class exercise in HS 422, Small Fruit Production.  The objective of the exercise was to determine if bud damage had occurred due to the cold temperatures in the past few weeks. Three buds from an upper lateral, three from a middle and three from a lower lateral (see drawing below) were dissected and assessed for damage. 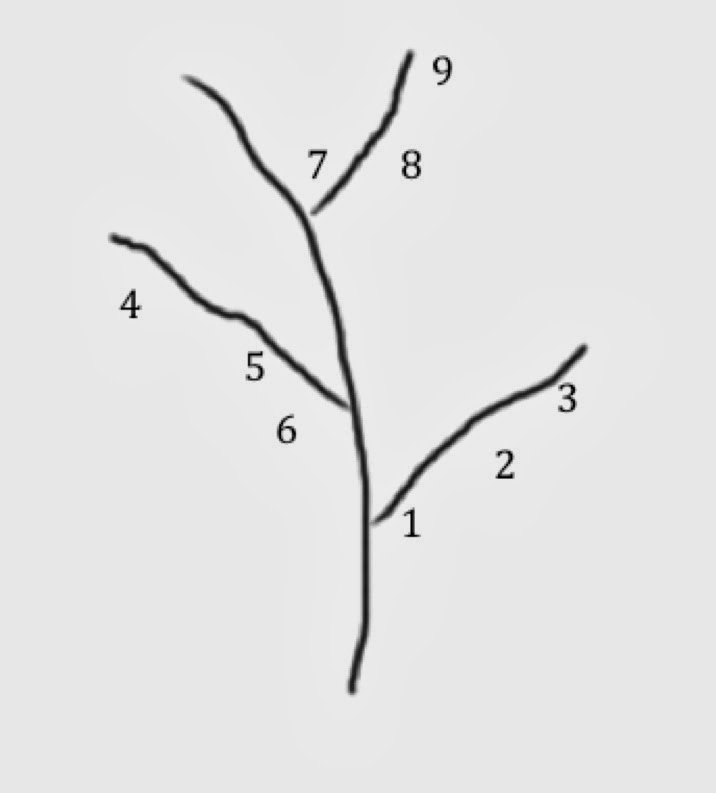 We observed the most injury in raspberry varieties from the UMRS (elevation 2800 ft), which saw temperatures of -9 oF during the late January freeze.  By the time the freeze hit on Jan. 30,  780 chilling hours had accumulated at this site. Previous days to the lowest recorded temperature were in the mid 40’s.  This is almost a 50 degree temperature shift in a matter of 2 days.   Raspberries do not tolerate large temperature fluctuations and are more susceptible to cold damage when their chilling requirements have been met.  Almost all of the raspberry canes at this site showed bud damage throughout the cane. Fortunately, the raspberries sampled were primocane-fruiting types and will be mowed to the ground in a few weeks. They will  produce a crop on the primocanes later in the summer.

In all locations, we observed some injury to blackberry buds.  In general, injury was observed on buds furthest from the crown. And the colder sites, Hendersonville and Upper Mountain Research  Station in Laurel Springs had more injury than the Piedmont Research Station in Salisbury.

Below are some examples of what to look for when dissecting caneberry buds.

If you are interested in taking samples from your field, we suggest you sample an entire cane as is illustrated in the diagram above to determine where the injury has occurred. If the majority of the injury is on distal portions of canes and laterals, those buds can be removed by pruning. For more on how to sample read this posting: http://teamrubus.blogspot.com/2014/01/assessing-cold-damage-in-blackberry-and.html

ALSO, here is a link to an awesome (GF opinion) video, showing how to dissect and look at buds,  click HERE. When dissecting it is VERY important to cut down middle of the bud; if you do not cut down the middle you may not be able to see damage if there is some present.

Posted by Gina Fernandez at 11:54 AM No comments: Links to this post